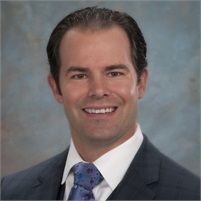 Anthony joined PPS in 2000 after graduating from The University of Rochester, where he received degrees in Finance and Health & Society.

He is a member of the American Society of Pension Professionals and Actuaries (ASPPA) and has been quoted in numerous publications on Retirement and 401K matters. Anthony currently chairs a Retirement Services committee for a Fortune 100 Company, allowing him to stay current on retirement issues, product enhancements and legislation changes. He has served as the keynote speaker at National Qualified Plan Seminars on 2 occasions.

Anthony also holds an Accredited Investment Fiduciary (AIF) designation from the Center for Fiduciary Studies. This designation is awarded to candidates who have undergone significant training and education on the roles and responsibilities of Retirement Plan Fiduciaries and the laws that govern Fiduciary issues.

Away from the office, Anthony is very involved in youth hockey in the Buffalo area and is a coach for his son's Buffalo Jr. Sabres travel team.

He and his wife Michelle live in Clarence Center with their sons, Noah and Alex.

*The Financial Times 401 Top Retirement Plan Advisors is an independent listing produced by the Financial Times annually.  Candidates are pre-screened with requirements of advising on at least $75 million in defined contribution (DC) plan assets where DC plans represent at least 20% of total AUM.  A pool of thousands is narrowed to roughly 600 candidates from which the final list is chosen. The FT 401 is based on data gathered in seven primary areas, including DC plan assets under management, growth in DC plan business, specialization in DC plan business, and other factors. This award does not evaluate the quality of services provided to clients and is not indicative of this advisor’s future performance. Neither the advisors nor their parent firms pay a fee to Financial Times in exchange for inclusion in the FT 401.

**Buffalo Business First 40 Under 40 candidates are nominated by local colleagues and business leaders.  The 40 recipients were chosen from over 200 nominations received each year by Buffalo Business First.  Awardees are chosen based on success in their professions and involvement in community service.  Recipients do not receive compensation to participate and receipt of award is not indicative of future performance.